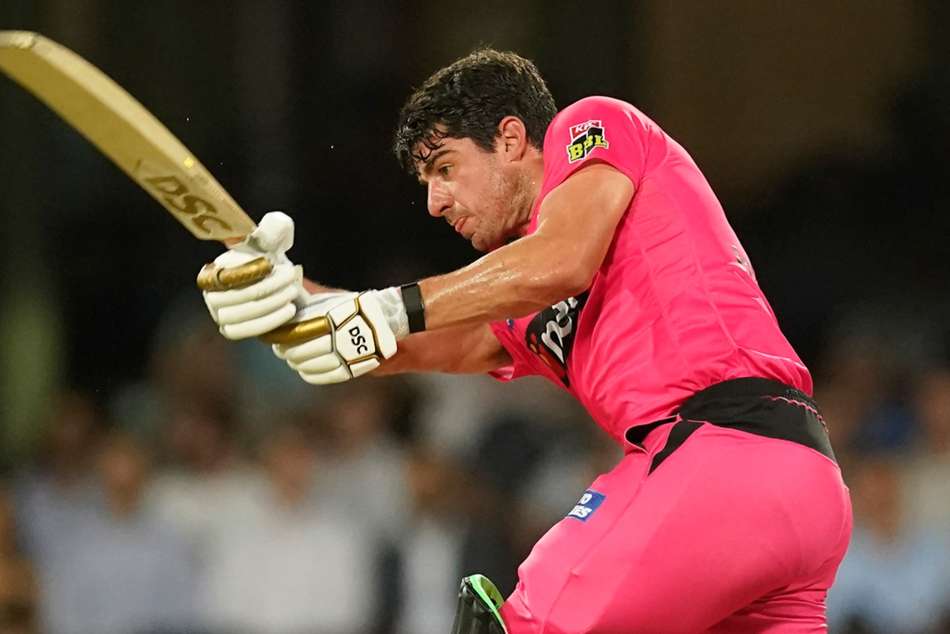 The Stars are top of the standings after a stunning streak but were dealt just their second defeat of the tournament in a 14-over-a-side contest.

A heavy downpour provided an early disruption, but the Sixers kicked on from there, with Moises Henriques supplying a rapid 72 off just 31.

Sydney’s total of 143-4 – adjusted to a target of 147 by the Duckworth–Lewis–Stern method – proved beyond Melbourne’s reach, Marcus Stoinis’ attempted rally – 62 off 37 – proving to be in vain.

The Sixers made an unimpressive start with just 16 off the first 19 balls, but rain quickly came teeming down to bring about a reduction in overs.

The batting side were not initially any better following the restart, losing Daniel Hughes (14) and Josh Philippe (10) to Sandeep Lamichhane in the space of three balls in the fifth over.

However, a James Vince (41 not out) partnership with Henriques propelled Sydney in some style, the two combining for a partnership of 114 that included eight maximums from the skipper.

The Sixers’ total might still have been more impressive had Henriques and Tom Curran not each departed in the final over.

The prolific Stoinis and Hilton Cartwright started to knock the ball around in the Stars’ third over, scoring 22 with a four and a six apiece.

Cartwright went with the next ball, and the scoring slowed with Nathan Lyon initially economical, but Stoinis remained in the middle.

LYON GETS HIS MAN

He hit 16 off the next three balls from Lyon, only to then hole out to Henriques, giving the Stars a mountain to climb.

Curran took the wickets of Nick Larkin and Glenn Maxwell (12) with consecutive balls in the final over, and Sydney were ultimately comfortable.