U19 World Cup: Rohit Sharma congratulates Indian team for making it to quarter-finals, wishes them to bring back trophy 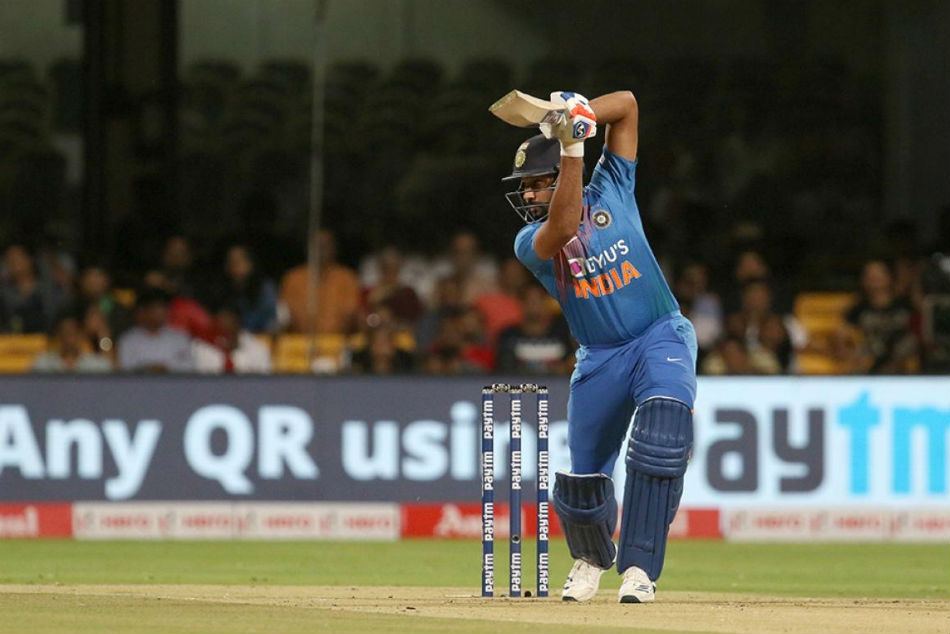 Defending champions India are already through to the quarterfinals of the mega-event with convincing wins over Sri Lanka and Japan in their first two outings.

“Best wishes to the under-19 cricket team in South Africa. They are already off to a great start, hope they can defend the title and bring it back,” Rohit tweeted after arriving here for a gruelling six-week tour of New Zealand.

Best wishes to the under-19 cricket team in South Africa. They are already off to a great start, hope they can defend the title and bring it back.

Led by Priyam Garg, India qualified for the U-19 World Cup Super League quarter-finals after a 10-wicket victory over Japan in Bloemfontein on Tuesday.

Ravi Bishnoi took four for five as India bowled out the tournament debutants for 41 before chasing down the target to reach the next stage of South Africa 2020 with a game to spare.

Bishnoi and Kartik Tyagi were the destroyers in chief as India sped to a swift ten-wicket victory over newcomers Japan.

Japan batted first but found one of the favourites too strong an opposition with ball in hand en route to being bowled out for 41.

Big-game expertise proved key in the first innings but the young Japanese side will take some strong learning from the experience. Bishnoi, with figures of four for five in eight overs, and Tyagi (three for 10) never gave Japan a sniff, with India disciplined from start to finish in their bid for an impressive win in Bloemfontein.

The four-time champions wasted no time in chasing down the target, requiring just 4.5 overs to reach 42 for no loss.

Yashasvi Jaiswal scored 29 not out from 18 balls, while opening partner, 15-year-old Kumar Kushagra was 13 not out by the time they crossed the winning line.

There was a silver lining to the day, with two birthdays celebrated between the two sides.

They received cake after the match, and both teams marked the occasion to emphasise the importance of development as well as success in the ICC U19 Cricket World Cup.

“It was a great experience to get Player of the Match for my performance and taking four wickets,” Bishnoi said of his display.

“The whole team has enjoyed today’s win, and we have also enjoyed our teammate’s birthday while being able to cut cake with him.”

The four-time champions will next take on New Zealand on Friday (January 24).

India won the last U-19 World Cup in 2018 under the captaincy of Prithvi Shaw, who has already represented the senior team in Test cricket.