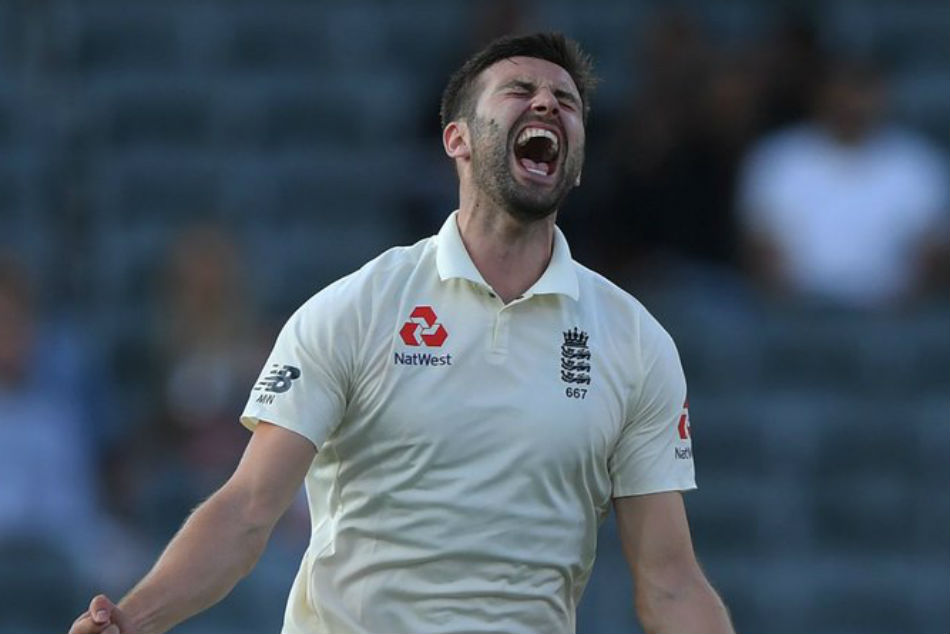 The hosts got a 29-run opening stand before they lost Pieter Malaan to Mark Wood for 15. Sam Curran then got Rassie van der Dussen for a duck, before Ben Stokes had Dean Elgar for 23.

Under pressure from all quarters, Faf du Plessis too managed only 3 before being lbw despite a review to Chris Woakes, leaving South Africa 60 for 4. Soon, Wood had Temba Bavuma, who returned for this game. Quinton de Kock was unbeaten on 32 at stumps. England’s total was built around three big partnerships.

The first two, 107 for the first wicket between Zak Crawley and Dom Sibley and 101 for the fifth wicket between captain Joe Root and Ollie Pope, were compiled by recognised batsmen. The final big stand was for the last wicket, between Mark Wood and Stuart Broad, batting at numbers 10 and 11.

It was swashbuckling batting as Wood (35 not out) and Broad (43) put on 82 off only 50 balls, hitting seven sixes between them.

The Wood-Broad stand was devastating for South Africa as England turned a respectable total into one which could well put the match out of reach for the hosts, who have yet to make 300 in an innings in the series.

South Africa need to win to square the series, but even if they bat well from here, they could run out of time in a match already hit by rain, with more possible over the remaining three days. South Africa’s bowling, with the exception of Anrich Nortje, was largely toothless.

Nortje bowled tirelessly at high pace and took five for 110, his first five-wicket haul in Test cricket. He dismissed both Pope for 56 and Root for 59 after the pair had dominated the first hour of play, adding 66 runs to England’s overnight total of 192 for four.

Thanks largely to Nortje, England were reduced to 318 for nine. Then came 41 minutes of mayhem as Wood and Broad indulged themselves against some mediocre bowling.