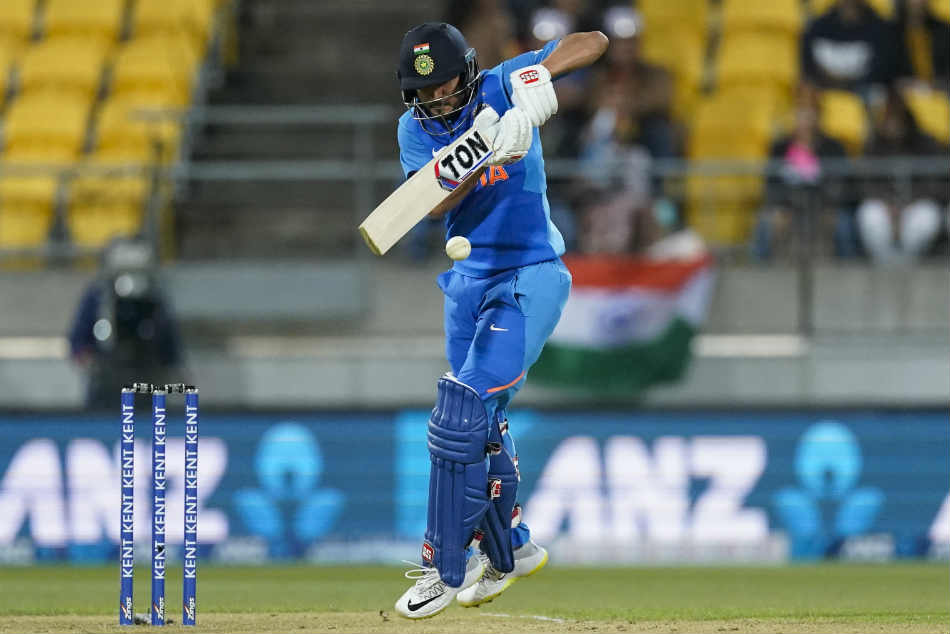 “It has been our motto, not only for these two matches, that till the time the last ball is bowled, we won’t give up any match. If you play with that intent you will get matches like these where you might get a Super Over, and you win from there,” Pandey said at the post-match conference.

When asked if the players believed they could pull off a Super Over win yet again, Pandey said, “In the middle, it looked like we were a little easy on ourselves. But since it had happened in the last game, we thought we had to bowl good balls and it is possible we push it to a Super Over. And then, as the balls went by and we reached the last two balls, we were certain that this would go to Super Over.

“We were ready for it at the back of our mind. We have very good bowlers and Shardul (Thakur) bowled a very good last over,” said Pandey, who made 50 not out off 36 balls.

India’s fielding once again came under focus, as windy conditions in Wellington did not aid them. Pandey said preparation was vital in such scenarios as it helps get the basics right.

“It becomes difficult to take high catches when there is stiff breeze or wind as the ball starts moving when coming down. Even if you set yourself nicely, the ball still moves around. We need to practice more so that it becomes easier in matches. It’s up to the individual how he prepares himself and sets himself,” he said.

Throughout the home season, the 30-year-old Pandey has been batting lower down the order, particularly at numbers five and six. Against Sri Lanka, West Indies and Bangladesh at home, and in New Zealand now, he seems to have settled for the finisher’s role.

“I have no choice. I have to be good with it. I have to start preparing my mind as a no. 6 batsman because normally I bat up the order, no. 3 or no.4. Here with the competition up the top, you just have to wait for your chances,” the right-handed batsman said.

“Today was the opportunity and I’ve been preparing myself as to how to bat at no. 6 and what kind of shots I can play, what kind of bowlers, and how many overs are left. It’s not an easy position to bat when you know you are the last main batsman and you have to play with the bowlers if anything happens at the top. That’s what happened today. I was pretty clear about my role.”

He said he was prepared to play percentage cricket, curb down on his shots and not be too expressive early in his innings.

“I just have to play those twos, look to rotate the strike. I’ve been working on that and today I thought it came off really well. If you want to bat at six, then you have to be pre-ready. The game is already set for you at no. 6 and you just have to sometimes go and perform at the speed that the previous batsmen have set for you.

“Today, I had opportunity to bat a little early. Not too much to contribute in the last couple of games, but today was my opportunity and I thought if I could use it to my advantage, that will be great for me and my side,” he said.