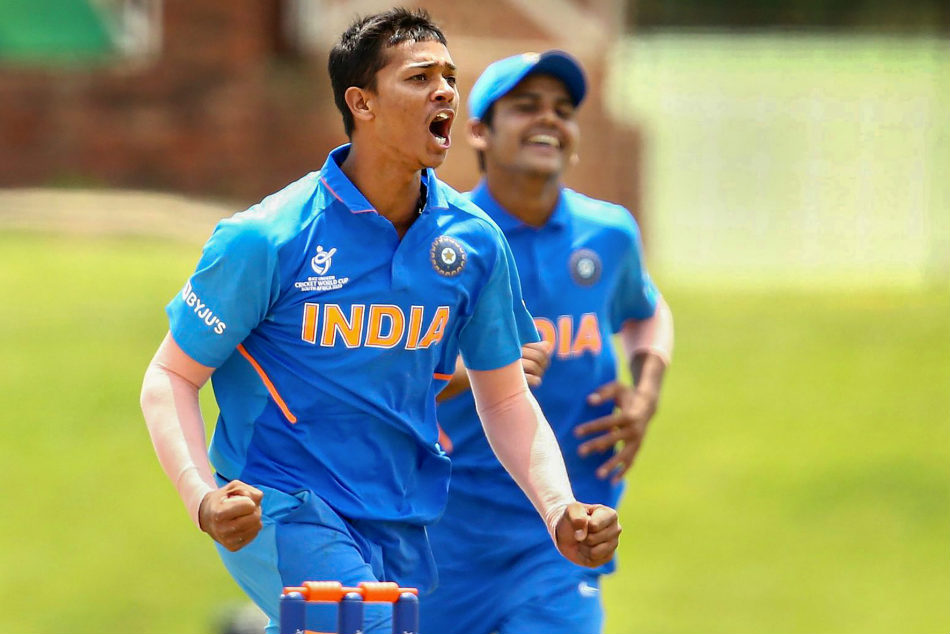 India notched a record-breaking win as they thrashed arch-rivals Pakistan by 10 wickets in the first semi-finals here on Tuesday. The four-time champions produced an all-round show to reach the summit clash.

The bowlers put up a disciplined attack to dismiss Pakistan for just 172 in 43.1 overs. With the bowlers doing their bit, the Indian openers finished off the job with 88 balls to spare.

India openers Yashasvi Jaiswal (105) and Divyaansh Saxena (59) guided India to an easy victory over their neighbours. The duo scored 176 for no loss in 35. 2 overs.

Chasing the target, openers Yashasvi Jaiswal (105) and Divyaansh Saxena (59) displayed great maturity as the duo mixed caution with aggression and didn’t allow their rivals any chance to make a comeback in the match.

Jaiswal, who currently tops the run-getter list with 306 runs in the tournament, smashed eight fours and four sixes in his 112-ball innings, while Saxena had six boundaries to his name.

Also the win goes down in the record books as this is the first time a team has secured a 10-wicket win in ICC Under-19 World Cup knockouts.

“It’s a dream come true for me. To be able to do this for my country is a great feeling. To score a hundred against Pakistan in a World Cup semi-final is something I can’t put into words,” Jaiswal, who hit eight fours and four sixes, said after winning the ‘Player of the Match’ award.

The current batch with key players, having already played senior representative cricket and five with IPL deals in their bag, showed the difference in skill level and application from their opponents, an aspect that could be attributed to the robust junior cricket structure put in place by none other than Rahul Dravid.

“We were talking about how we needed to stick at the wicket. They bowled well initially and we wanted to ride that out and we knew we could dominate them after that,” Jaiswal added.

For Pakistan, skipper Rohail Nazir (62) and opener Haider Ali (56) cracked half-centuries but rest of the batsmen found the going tough. Ali’s 77-ball 56 contained nine hits to the fence, while Nazir smashed six boundaries in his 102 ball 62.

India will either face Bangladesh or New Zealand in the final.