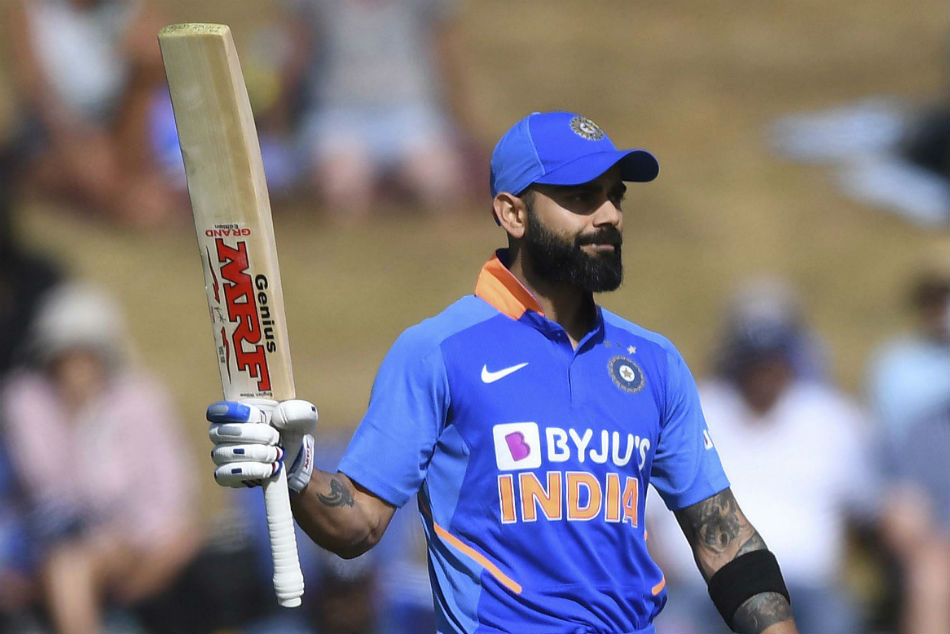 The talismanic batsman failed to read the googly from the leg-spinner and as there was a lot of gap between his bat and pad the ball disturbed the timber. Kohli is struggling to score against leg-spinners lately. In the past four ODIs, Kohli has been dismissed three times by a leg-spinner.

Australia leg-spinner Adam Zampa also had Kohli’s number during the ODI series where he dismissed the Number 1 ranked ODI batsman twice. Kohli hasn’t touched the triple-figure mark in the year 2020 and fans are eagerly waiting for an epochal knock from the captain charismatic.

Also, Kohli isn’t able to convert his fifties into hundreds lately and that has become a concern for him. Since the 2019 ICC Cricket World Cup in England, the 31-year-old has scored more than 50 on eleven occasions but he has converted them into a century only twice. The last time Kohli slammed a century was in West Indies last year where he scored back-to-back centuries.

Before World Cup, Kohli had converted 20 of his half-centuries into tons on 14 occasions. Overall the Delhi cricketer has scored 101 fifty-plus scores in the ODIs.

If we make a statistical break down of Kohli’s conversion ratio all through his career then we find that his first eight centuries came in 28 fifties, but the conversion rate gradually picked up as he converted 33 centuries from his next 63 fifty-plus knocks.

Kohli’s current conversion rate is perhaps the slowest and he would look to change it. Also, it’s been almost six months since Kohli last scored a century in the ODIs. With more and more oppositions trying to exploit this particular weakness of Kohli, expect more leg-spinners being introduced by teams while playing against India.