Watch: Anushka Sharma joins hubby Virat Kohli and his teammates as they bond at the Blue Springs Waterfront 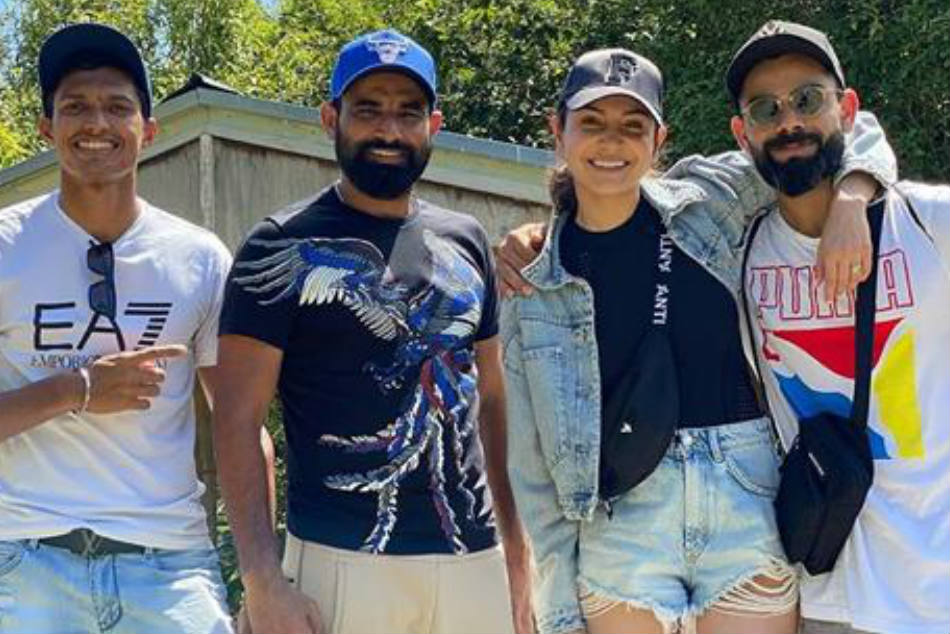 After winning the T20 series 5-0, the Indian team faltered as they fell to ODI whitewash. But the tough schedule ensures the teams bounce back quickly.

The schedule makes it very difficult for international players to fret over defeats, the reason the Indian cricket team decided to spend their day out on Thursday at the picturesque Blue Springs Waterfront in order to recharge their batteries. It was a much-needed boost and a breather for the Virat Kohli-led outfit.

WATCH : #TeamIndia spend the day off at the Blue Springs 🌊

Clear blue water and picturesque hike, watch as the team enjoy time off in nature’s abode.🏞️👌 – by @rajalarora and @MdShami11

Gone are those days when a 0-3 defeat would mean over analysis and the current crop are quick to move on and look at what’s in store ahead and there can’t be a better ‘detox’ of defeat than sightseeing in one of the most beautiful countries in the world. The Indian Test team did enjoy their time and in the process walked close to seven to eight kilometers according to senior wicketkeeper Wriddhiman Saha, which in itself was a good enough exercise.

A long walk by the Blue Springs and a whole lot of fun with the team mates, that’s how #TeamIndia spent the day off ahead of the Test series. pic.twitter.com/TPmIisqW8v

Shami also posted a picture on his Instagram account, where he was seen posing along with skipper Virat kohli and Anushka Sharma.

“I think it was quite exciting for us to go out with the whole team and I think we walked for about one, one-and-a-half hours. Walking with the team and clicking pictures together, it was quite a fun session,” young Shubman told reporters after the trip.

Source: With inputs from PTI