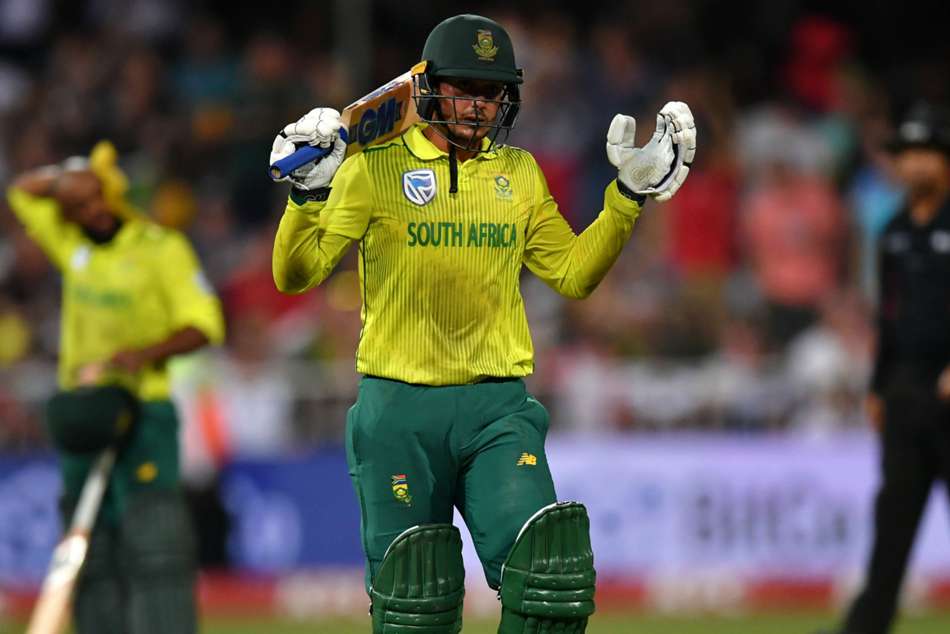 A high-scoring contest went down to the wire as the Proteas, chasing 205 to move into an unassailable 2-0 lead, needed three from the last ball – the same task England had failed to achieve in the opening game.

Once again, the bowling side managed to escape with the victory, Bjorn Fortuin only able to paddle a slower delivery from Curran to the hands of the back-pedalling Adil Rashid at short fine leg.

Having started the final over needing 15, Dwaine Pretorius followed up a six with a cover-driven four to reduce the equation to five off three.

A scampered two tipped the balance even further in favour of South Africa, yet Curran dismissed Pretorius lbw before deceiving new man Fortuin with a clever change of pace.

The finish was in keeping with an eventful game that ebbed and flowed throughout. England were indebted to a fast start and a devastating finish as they made 204-7, only for Quinton de Kock to produce a one-man onslaught during the powerplay.

South Africa’s limited-overs captain had smashed eight sixes to make 65 from just 22 balls, the last of which saw him swing a high full toss from Mark Wood out to Ben Stokes on the deep midwicket boundary.

Temba Bavuma (31), David Miller (21) and Pretorius (25) made contributions and Rassie van der Dussen finished up unbeaten on 43, but the Proteas came up narrowly short.

England, meanwhile, live to fight another day, with the result setting up a winner-takes-all showdown at SuperSport Park on Sunday.

They had posted their sixth highest T20 total after being put into bat, despite losing the dangerous Jos Buttler for just two. Jason Roy followed up his knock of 70 on Wednesday with 40 at the top of the order, while Jonny Bairstow belted 35 from just 17 deliveries.

Yet it was Moeen Ali who played the crucial hand. Having arrived at the crease with the innings wobbling slightly at 125-5, he was the catalyst for a late blitz of boundaries that yielded 79 runs from the final five overs.

The all-rounder hit four sixes, including one extraordinary sliced drive over point from a Lungi Ngidi full toss, in an 11-ball knock of 39, while Stokes made his highest T20 score at international level as he finished on 47 not out.