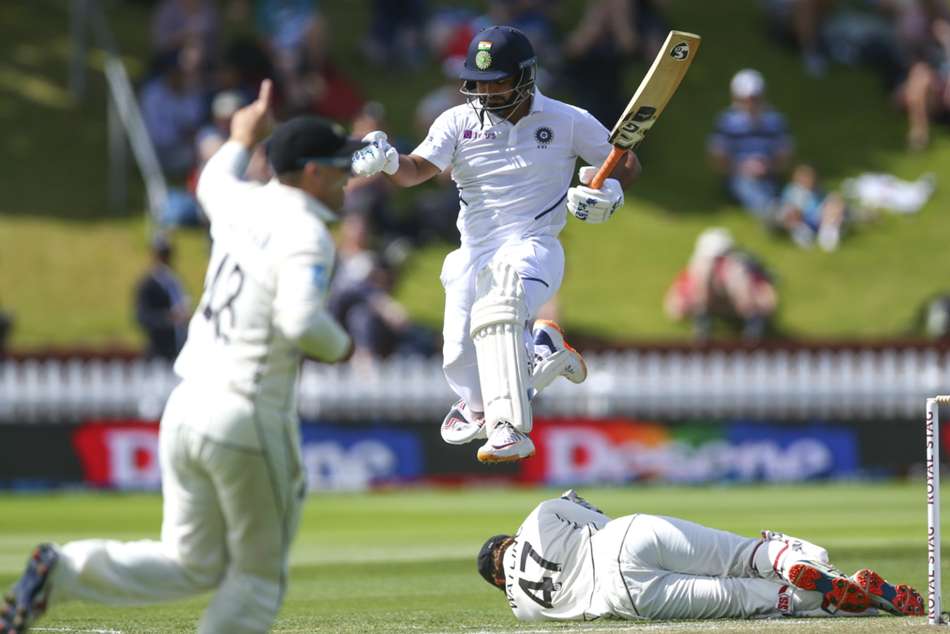 Pant signalled his intent with a six in the first over of the second day, but a dreadful mix-up with Ajinkya Rahane left him high and dry, albeit a superb direct hit from Ajax Patel played its part.

India lost five wickets for just 43 runs to crumble to 165 all out before lunch, and Kane Williamson’s 89 was influential in New Zealand posting 216 for five at the close of day two for a lead of 51.

“I think the run out of Pant was a big play this morning,” said Southee, who was bowling at the time and finished with 4-49.

“With him being such a dangerous player, especially leading into the second new ball, he could score really quickly along with Jinks [Rahane].

“We knew that once we could open up an end and face the bowlers, Jinks would look to play a bit more aggressively and that brings you into a play a bit more.

“I think the way we bowled this morning was pretty good.”

Williamson fell short of what would have been a welcome century after a difficult time in the 3-0 series defeat to Australia.

When life pushes you on the backfoot, handle it like Kane Williamson pic.twitter.com/a7tl5QCpgd

But the captain’s stand of 93 with Ross Taylor (44) – playing his 100th Test – put the Black Caps in a promising position that Southee hopes the hosts can build on.

“You always want your best players to be at the crease. They [Williamson and Taylor] put on a great partnership, both looking nice for a long period of time,” he added.

“If we can carry on and keep chipping away with the guys to come then it will set us up.”

India fought back late in the day with three wickets in the final session and Ishant Sharma’s (3-31) performance was particularly important.

Sharma arrived late in New Zealand due to his recovery from a torn ankle ligament and he has been coping with jet lag.

Southee paid tribute to the right-arm quick, saying: “He’s been a word class bowler for a long time.

“When you’re slightly underdone in terms of preparation and having an injury coming into the series, you can call on previous experience.

“He has played 90-odd Test matches and he knows what he needs to do to get himself right for a Test match, and when the preparation isn’t ideal, he is able to find ways to perform like he has.”