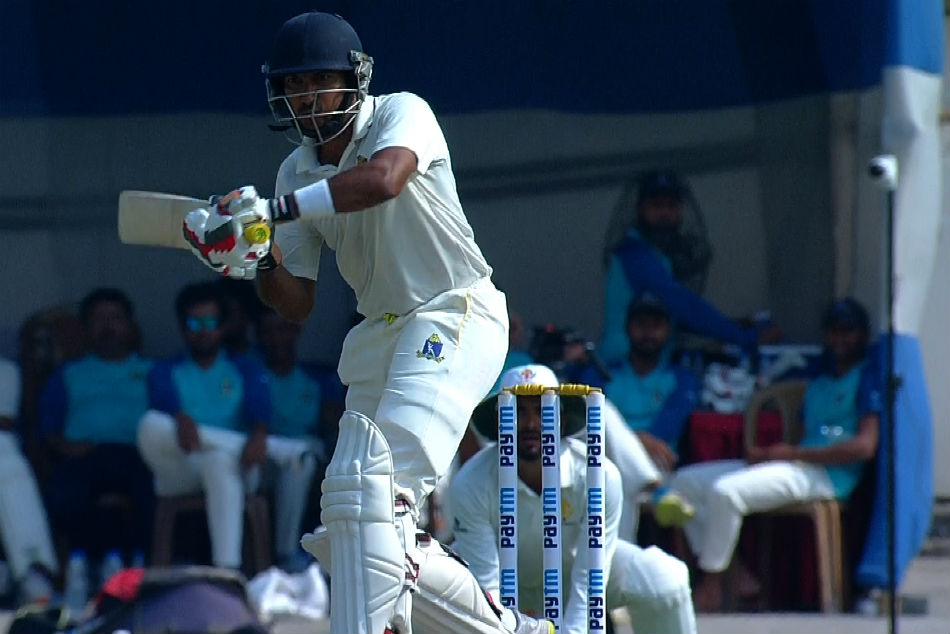 Fresh from his career-best 157 from a similar position in the quarterfinals, Majumdar slammed an unbeaten 120 (173 balls; 18×4, 1×6) to revive Bengal innings after they were asked to bat first.

The home side are making a bid to reach the final after 13 years.

The first day’s play also saw the first dismissal via DRS in domestic cricket when Karnataka pace spearhead Abhimanyu Mithun got the wicket of Abhishek Raman (0) in the 16th delivery of the innings.

The DRS was used for the first time in India’s domestic circuit in the two ongoing Ranji semifinals, but only with limited options as there was no HawkEye, Snickometer or UltraEdge.

The second semifinal at Rajkot saw a seesaw battle battle between the Parthiv Patel-led Gujarat and Jaydev Unadkat’s Saurashtra.

Saurashtra, who were put into bat, crawled to 217 for five at stumps.

Here’s a summary of all the action from the opening day of the @paytm #RanjiTrophy semifinal.

Sheldon Jackson, who completed a half-century and remained not out on 69 stitched an unbeaten 55-run stand with Chirag Jani to rescue Saurashtra.