CPL 2020: Zouks defend one other modest complete as league stage involves an finish 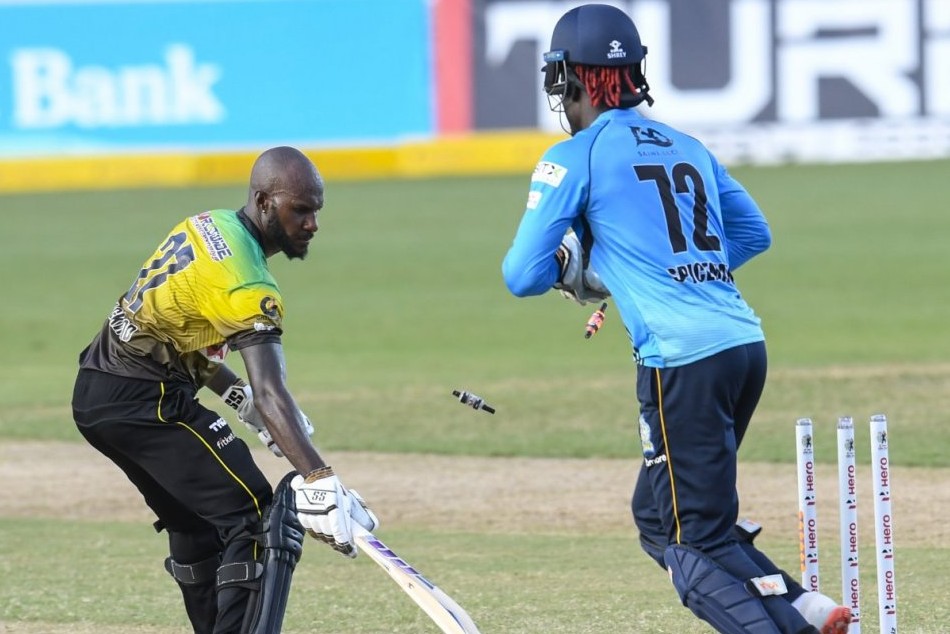 They collapsed, dropping 9 wickets for 45 runs in 44 balls. That included three units of two wickets in two balls.

Rahkeem Cornwall (32 in 29 balls) and Mark Deyal (11) gave the Zouks an honest begin as they batted first. Even although they didn’t get a strong partnership early, the runs did come alongside.

Roston Chase led the assault from there and attacked Veersamy Permaul a straight six adopted by a paddle-swept 4. Lamichhane and Mujeeb tightened up the bowling and the Zouks 88 for Four after 14. At one stage Lamichhane bowled 11 dot balls in a row.

Najibullah Zadran (35 in 25 balls) broke the shackles together with his reverse sweeps with fours and sixes, too. Najibullah and Chase placed on 61 for the fifth wicket. The Zouks reached 125/5 off 18 and the final two overs produced 20 as Chase remained not out on 32 and the full touched 145 for six.

Glen Phillips and Jermaine Blackwood gave Tallawahs a strong partnership regardless of a sluggish begin of 17 in three overs. The Tallawahs reached 46 for no loss off the Powerplay. Then it was 55 for no loss after eight overs and 72 for no loss in 10.

With wickets in hand, one other 74 in remaining 10 overs ought to have been comfy. Once Phillips was bowled by Zahir Khan for 49 off 36 at complete 84, the procession started. They misplaced wickets in fast succession and have been left 11 quick at 134 for 9 when the overs ran out.

Chase had 17 to defend off the final over to Mujeeb ur Rehman and Fidel Edwards, who have been by no means more likely to get shut. The Tallawahs go right into a semi-final in opposition to the Trinbago Knight Riders.

Player of the match: Zahir Khan