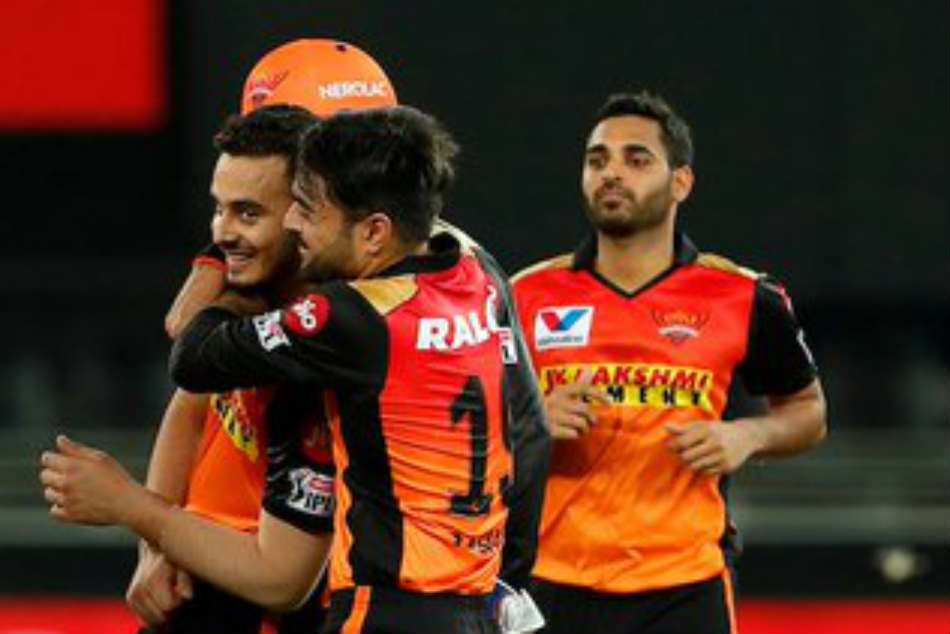 It was not an unbelievable goal contemplating the Chennai Super Kings had MS Dhoni and Sam Curran on the crease. Sunrisers skipper David Warner requested left-arm pacer Khaleel Ahmed to finish the remaining 5 balls of Bhuvneshwar Kumar over after which summoned, to the shock of many, the younger Jammu all-rounder Abdul Samad to bowl the final over.

Here was a 19-year-old rookie bowling to some of the feared finishers and to Curran, who was putting the ball sweetly. And Samad had 28 runs to defend and made a disastrous begin, bowling a large that beat wicketkeeper Jonny Bairstow to boundary. 5 runs off the primary ball and the ball needed to bowled once more.

But Samad retained his nerve and bowled out the over conceding 21 runs.

Sunrisers skipper David Warner defined why did he select Samad for the final over. “I backed him. I had no option. With Khaleel (Ahmed) there, with five balls to bowl, we tried to kill the game there. We could have given it to Abhishek, but I felt with his height and how he bowled, I’d go with him. This wicket was a little bit bad as compared to the last one we played here. You don’t really get that length to pull,” defined Warner.

Sunrisers leg-spinner Rashid Khan, who produced a good 4-0-12-Zero spell, too patted Samad, who had already dismissed Kedar Jadhav, for exhibiting nerves to bowl the ultimate over.

“I think the ability the young guys have, they tried their best to deliver after working hard in training. It’s a good thing for the team that the youngsters executed. Samad is a strong hitter of the ball and he delivered with the ball as well. He was so relaxed, so calm. That’s what I like about him. When the captain told him he’ll bowl the last over, he was smiling. He tried his best to give 100%. You need to be in the middle, keep smiling and enjoying bowling. That’s what I do as well,” mentioned Rashid.